We all know Gdańsk from the stories told by our Grandparents, Parents…
Check if you know Gdańsk from “this” side.
We will begin our trip around the city by Virtual Bus in a slightly different manner.
We are at ul. Ogarna. It’s a small, narrow and abandoned street in Gdańsk, where the revitalisation has been going on for some time. It used to serve only as a walking area for dogs walked from the Spichrzów Island, but now the place is filled with climatic restaurants, where coffee tastes like in a real Italian café. Old tenement houses got a new life, colours and fresh look. 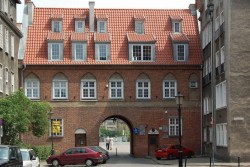 The Cow Gate is the oldest water gate in Gdańsk, built near the Motława River at the turn of 14th and 15th centuries, precisely in 1378. Soon after that, a drawbridge was built at the canal and adopted its name from the Cow Gate. The bridge with the gate was the main connection between the Main Town and the Spichrzów Island.
The name “Cow Gate” originated from the route which led through it, where cattle used to be driven from the surroundings of Gdańsk to the slaughterhouse located on the Spichrzów Island and to the cattle market in Long Gardens. With the expansion of fortifications and shift of their lines to the foregrounds of Gdańsk, as well as with the increasing importance of artillery, the gate entirely lost its military significance and was converted to a residential building.
Our first apartment is located nearby, at ul. Ogarna 66/67 – you can relax there. 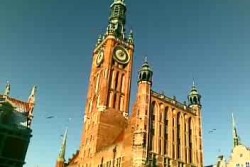 A characteristic monument of Gdańsk, Main Town Hall, can be seen from the window of our next apartment, at ul. Ogarna 91/92.
The former seat of authorities of the rich and powerful city of Gdańsk, tracing back its origins to the end of 13th century and reconstructed many times, it was a worthy representation of the richness and position of the city, with its architecture and interior design in the style of Dutch mannerism. Over the entrance, there is the Gdańsk’s coat of arms with lions looking towards the Golden Gate, contrary to the earlier sculpture practice, in search for the Polish King. The 80-metre high tower dome, created by master Dirk Daniels from Zealand, is finished with a metal, gilded statue of King Sigismund Augustus. Currently, the historic walls are the seat of the Historical Museum of the City of Gdańsk. 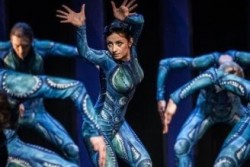 Taking a walk down ul. Ogarna, you will find the apartment at ul. Ogarna 35/36. From the room windows you can notice the newly built Shakespeare Theatre.
The Gdańsk Shakespeare Theatre is a dramatic theatre in Gdańsk, self-government cultural institution, established in 2008 from the initiative of the Theatrum Gedanense Foundation, which has been co-organising the Shakespeare Festival since 2008. It is a cultural institution of the city of Gdańsk and the self-government of the Pomerania Province. The building is the first dramatic theatre building in Poland built from nothing after the Second World War. The construction began on 5 March 2011 and the opening ceremony was held on 19 September 2014. 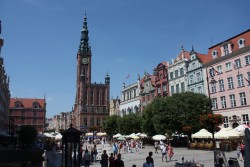 After a good play, it’s coffee time. For this purpose, we will go to the apartment at ul. Ogarna 83/84, the windows of which go out on ul. Długa. The range of possibilities is unlimited. Cafés, restaurants and pubs encourage you to relax. Sit down, relax and delight in the taste of good coffee.
The Long Lane and Long Market forming the Royal Route are among the most beautiful streets of Gdańsk. They run along the Motława River, from the Golden Gate to the Green Gate. In 16th and 17th centuries, the Long Market functioned as an actual market. The wealthiest municipal patricians in Gdańsk, mayors, rich merchants used to live here, and almost every tenement house has its own interesting history. The tenement houses at ul. Długa are typical Gdańsk houses with narrow facades finished with tops or gables, richly ornamented with coats of arms, allegorical figures and figures of ancient heroes. The most important buildings, e.g. the Artus Court, are located along the Long Market.

From the high-positioned apartment at ul. Ogarna 101, you can see Gdańsk in all its magnificence. The panorama of the Old Town can be seen from there.
Spichrzów Island with the Baltic Philharmonic. Motława with water tram and marina. Old Gdańsk churches, e.g. St. Mary’s Church, St. Nicholas’s Church (St. Dominic’s Fair), St. John’s Church, St. Catherine’s Church (Johannes Hevelius) and other interesting places which you will definitely want to visit. 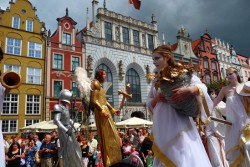 We select for you St. Dominic’s Fair, which is highly popular and attracts millions of tourists every year. 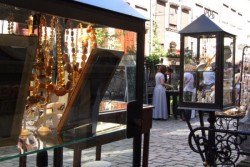